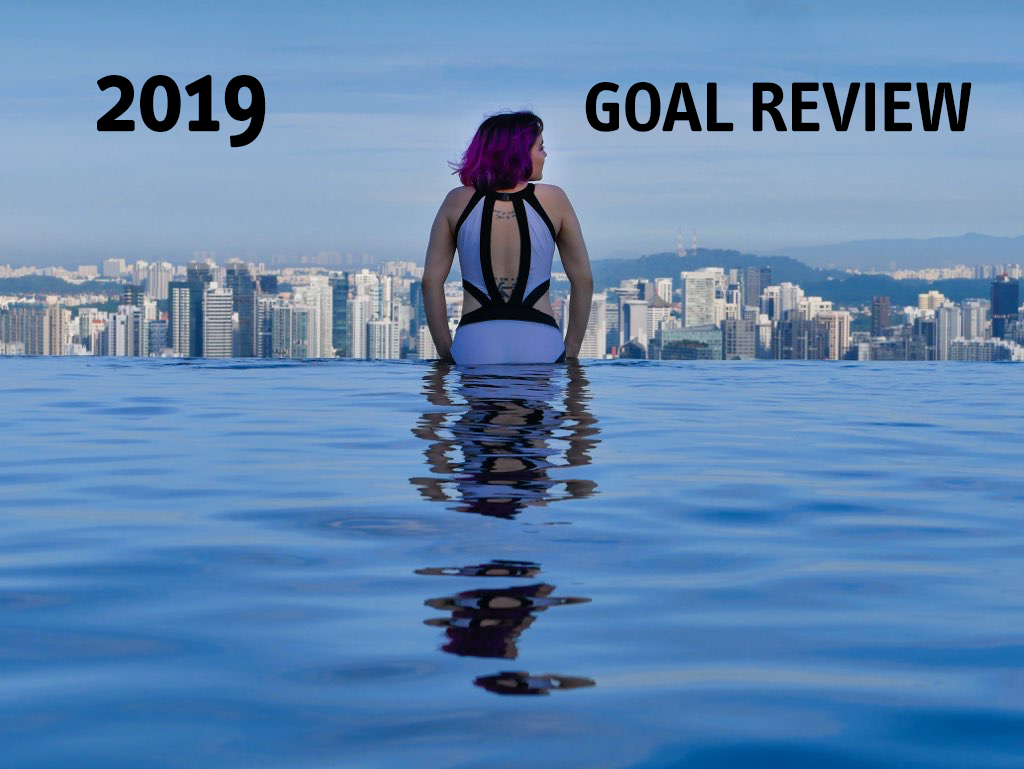 Each year I create a list of goals and resolutions, and I publish them here to keep me accountable. I’ve learned it doesn’t actually matter if other people read the posts, just *me knowing* that I’ve publicly stated my goals and will review them at the end of the year helps keep me accountable. You can read 2018’s goals here and find out how I did here.

Make 45 episodes of Oh My Dollar!

I did it! I think in 2020 we’re moving to every-other-week from weekly, but we completed this. We also introduced video versions of the podcast!

Come out (financially) ahead this year

I did financial reports on the blog every month!

I went to Scotland, Singapore, Japan, Australia and Isle of Man this year, all of which were new to me.

Spend at least 5 weeks out of the United States

I spent 11.5 weeks outside the US this year, so I am going to call this quite a success.

Well, I definitely did that. I went back to figure skating after a 15 year break from the sport. I got in seriously good shape again (I also broke my wrist like 2 months in) and also found a way to work out that I love (but it is very expensive.)

Plan downtime into my schedule

I think that bringing figure skating back into my life, while a bit more goal oriented than “couch time”, really helped with this because it was time for just for myself. It’s also quite mediative.

I probably missed a few days in there, but generally a great average. Still no cavities!

Collaborate with people I admire

I set my sights on 9 collaborations this year, and I hit maybe 7, depending on how you define them (is going on someone else’s podcast a collab? what about writing a guest post?) But some key collabs fell through and I didn’t make the big asks I was hoping to.

I had a LOT of fun at indie web summit this year, as always, and actually enjoyed putting together a shopify website at the end of the year (when I moved from woocommerce).  But still…it was just a website. I just made it. I didn’t make any gorgeous web projects this year.

A 52 Week Self Portrait Project

So… I did this on flickr for approximately 10 minutes, but then I did creative self-portraits for about half  (45 days) of the #100dayproject, but I just got swamped and couldn’t prioritize this. But all together I did more than 52 total (if not 52 weeks) of creative self portraiture.

hahahhahahahahahah. Well, I filmed A LOT. I made a video every single week, published every Monday during Q1 of 2019. Then I went to Japan for 3 weeks, fell off the youtube weekly wagon, and never got quite back to a weekly posting schedule, despite filming a TON of content.

I made 17 videos in 2019, which is better than the 0 of the year before, but not quite 52. To more achievable goals in 2020! The funniest part was that I said this was my #1 goal for the year. oops. It isn’t the first time I’ve failed to make youtube videos consistently – this has been an issue since 2011.

Hey, I did most of the things I set out to do – and more that weren’t on the list (publish second edition of my book, live in London for a month, hit 1,000,000 downloads of Oh My Dollar!, start figure skating again) .

The big fail was youtube videos, which have been a consistent issue. But I did publish more youtube videos this year than any other year in the past.

2 thoughts on “2019 Goal Review: Everything but the Big One”